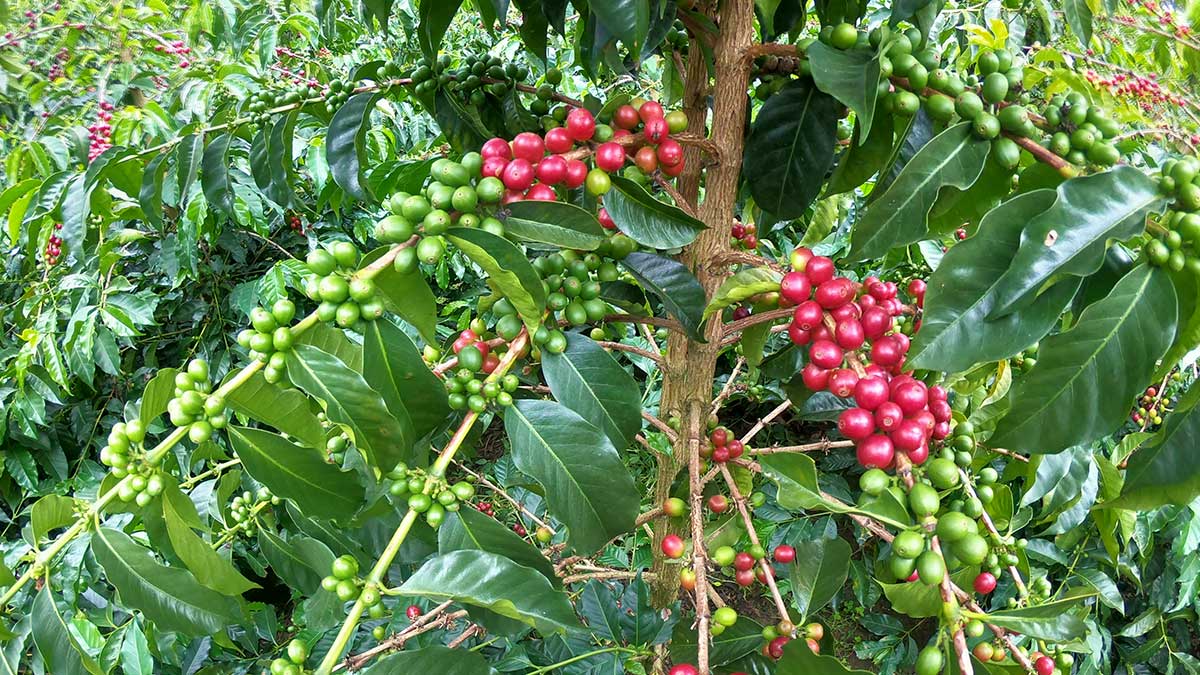 Ecuador’s name itself reveals the close link between this small South American state and the Equator, the latitude all coffee-producing countries have in common. Despite the fact that coffee has been grown for some time and its geographical composition is extraordinary, Ecuador is rather known for its soluble coffee and certainly not for the quality of its beans as Brazilian and Colombian coffees are.

There are some reasons for this, as we’ll see further on in this article, but the important is that in recent years things have been changing rapidly thanks to a renewed push of the sector and the growth of what can be called a new generation of farmers, attentive to the market and determined to focus on quality. 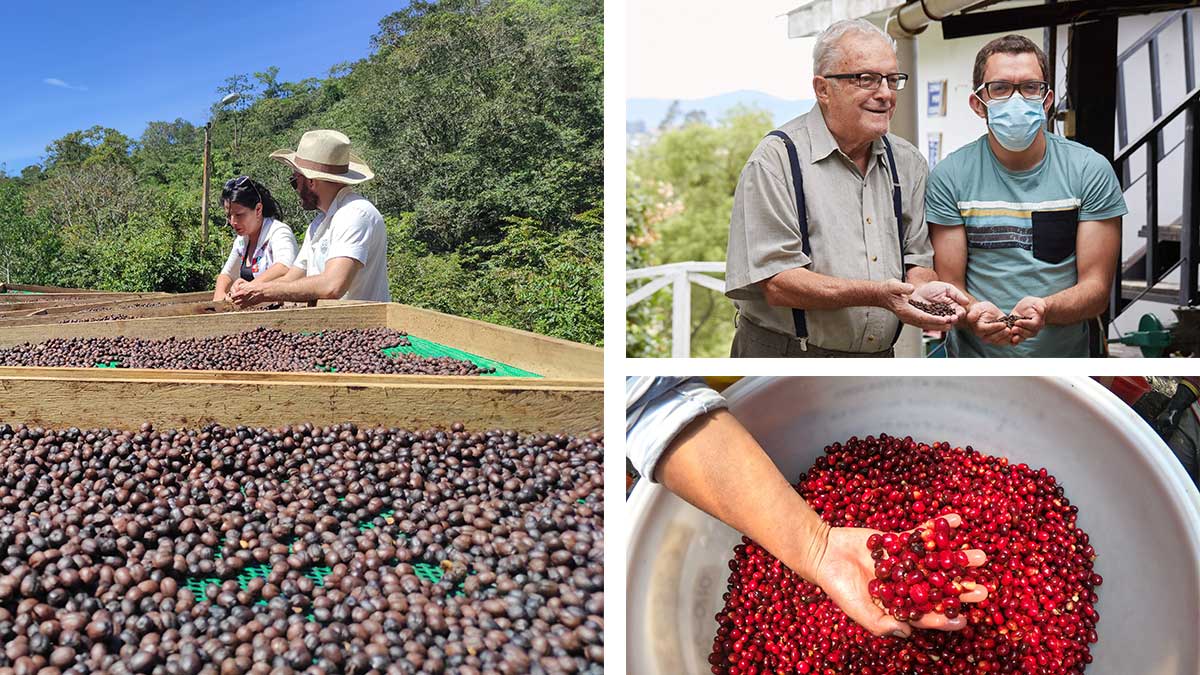 Pablo Andres Eguiguren Calisto belongs to this new generation of farmers. We interviewed him in our series “Meet the coffee famer”.

In 2019 Pablo took over his family’s plantation “El Ahuacate”, in the province of Loja. He completely converted it by introducing specialty coffee varieties such as Geisha, Sidra, Catuai, Typica and Colombia.

He’s very convinced when he says: «In the coming years people all over the world will drink Ecuadorian coffee ». He believes the basis to grow high quality coffee are all there: investments in processing systems, collaborations with universities and experiments, combined with the almost two thousand meters of altitude of the plantation, have led to excellent results after just one year.

After the ups and downs of the last century, this is a real paradigm shift for the small state wedged between Peru and Colombia. In fact, Arabica arrived in the coastal region of Manabì around the mid-19th century but began to be exported only around 1930, after the cocoa crisis pushed many farmers to focus on coffee. From that moment and also thanks to the arrival of the Robusta in 1951, the cultivation grew to the point of involving more than one hundred thousand families and exports to make Ecuador the tenth largest exporter of coffee in the world

The situation then changed dramatically in the mid-1990s. In an international regime of zero-tariff imports, the largest Ecuadorian company in the coffee chain preferred to import beans from Vietnam to transform them into instant coffee rather than getting the crops directly from the domestic market. In one fell swoop, domestic production began to collapse and instant coffee spread across the country. Also crippled by natural disasters (El Nino, 1997-1998), by internal economic crises (2000-2006) and by the subsequent collapse of coffee prices, Ecuador’s domestic production was drastically reduced until 2016.

Luckily, in recent years, a new government impulse – the Ecuadorian coffee reactivation program – and a new class of farmers are leading Ecuadorian coffee on the path of international recognition also from a qualitative point of view and at the same time favoring its local rediscovery.

The regions of Ecuadorian coffee

Ecuador is one of the few countries in the world where both Arabica (60%) and Robusta (40%) are successfully cultivated and above all it has such a varied ecosystem that coffee is grown in twenty-three out of twenty-four provinces. In short, coffee is everywhere and precisely because of its geographical variety it offers a very wide range of flavors and aromas. 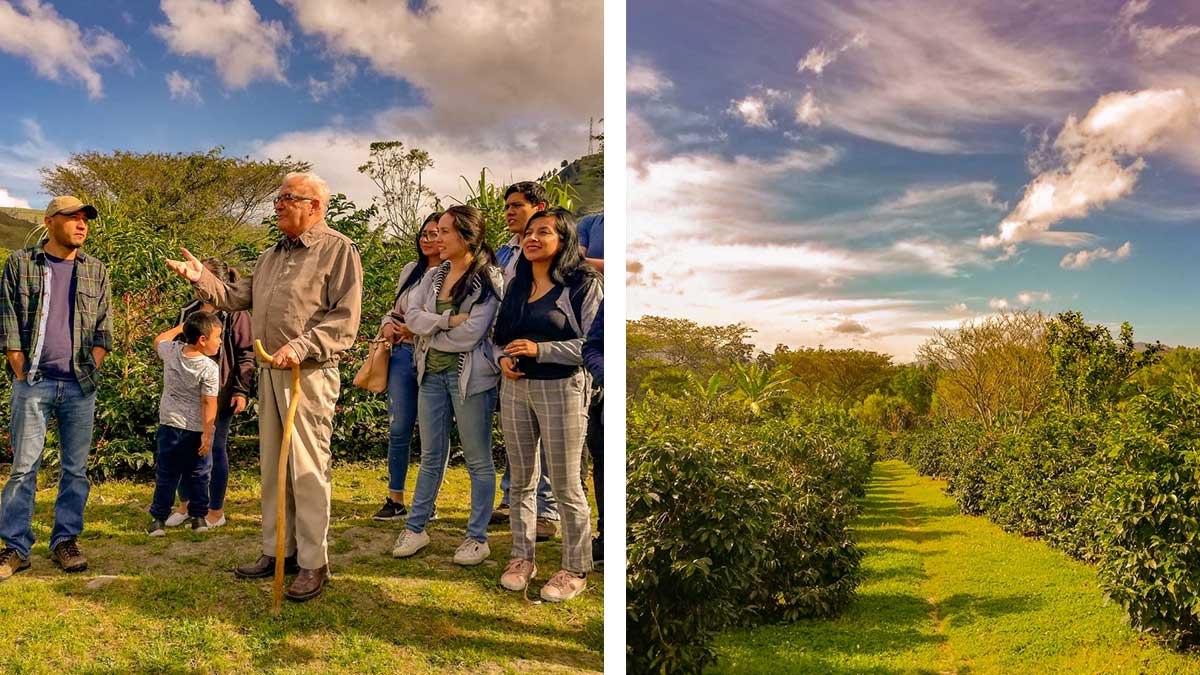 Its main characteristics are however the sweetness and delicacy of hints that remind of flowers and chocolate (by the way, cocoa is another central crop in the country’s economy).

More than half of the country’s Arabica is produced along the coast, in the provinces of Manabì, Guayas and El Oro. However, these are areas whose altitude doesn’t reach a thousand meters and therefore, to find high quality coffee, other regions are better.

The same goes for the Amazon region (Napo and Orellana provinces), where Robusta is produced (for instant coffee).
The great Ecuadorian coffees are grown in the northern highlands and in the mountainous provinces of the country’s south. To the north, the provinces of Pichincha, Carchi and Imbabura are known for a very balanced Arabica.
The provinces of Loja and Zamora Chinchipe are instead those where the cultivation of Ecuadorian specialties is concentrated. Above all, the province of Loja is famous for an Arabica with a defined acidity, medium sweetness and a delicate aroma. 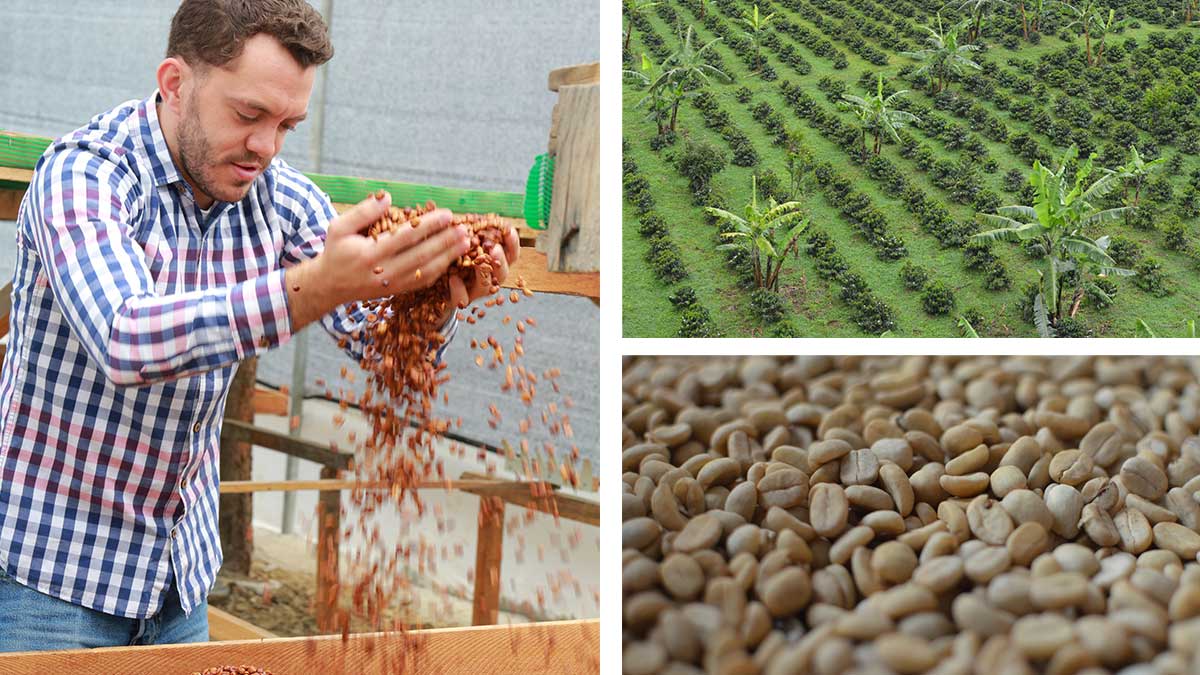 Last but not least (at all!): the Galapagos. The place where Darwin understood the dynamics of human evolution is so extraordinary in its biodiversity that it allows the growth of a small number of plants from which, thanks to the influence of the Humbolt current with the volcanic soils, a well-balanced coffee with a slight acidity can be grown, however with very high prices