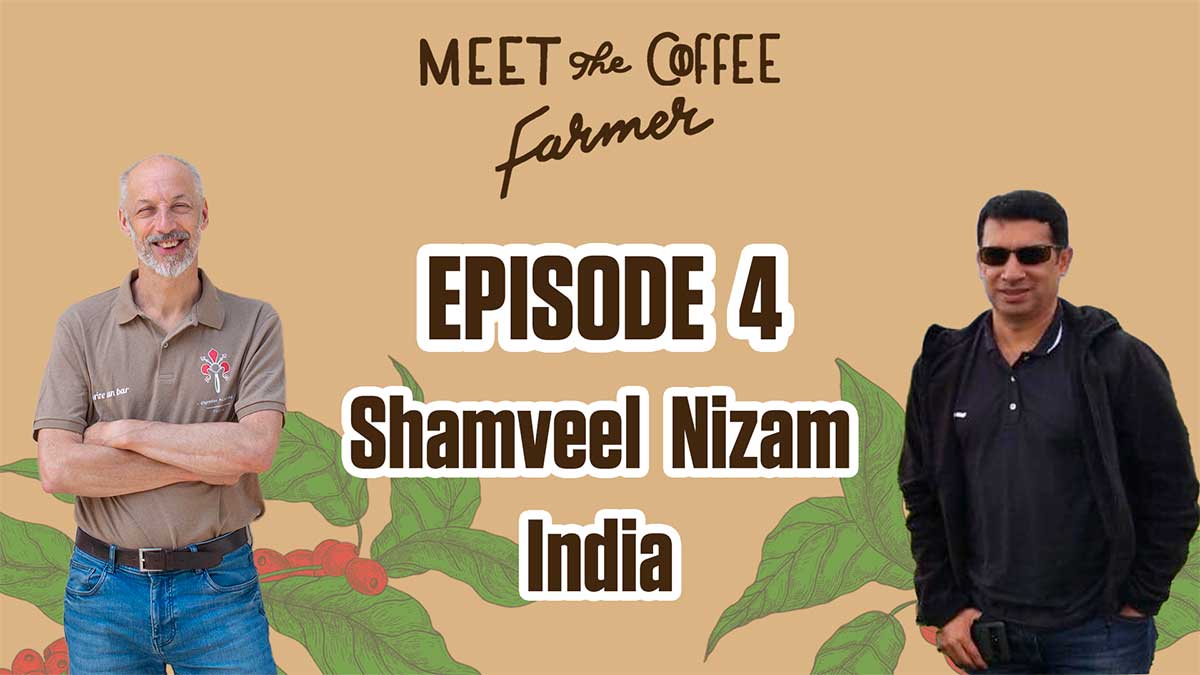 India, a journey to discover the best Robusta coffees

India is a unique country in the world. Even for coffee. In this article we travel to Karnataka to find out how the best coffee bars in India are born.

Coffee in India, between flavors and spirituality

When we think of India it’s usually the unspoiled nature, spices and a mix of religious practices that come to our mind. Flavors and spirituality are so rooted in Indian history that they pervade everything, even coffee. Legend has it that a saint, Baba Budan, brought coffee to the Karnataka region for the first time, whilst returning from Yemen after a pilgrimage to Mecca around 1670. The story tells that seven precious coffee beans were hidden in the flowing beard of the Holy Man.

This might be the reason that the coffee plant was only seen as an ornament until the second half of the 1700s, when the arrival of the Brits corresponded with the birth of the first commercial coffee plantations. 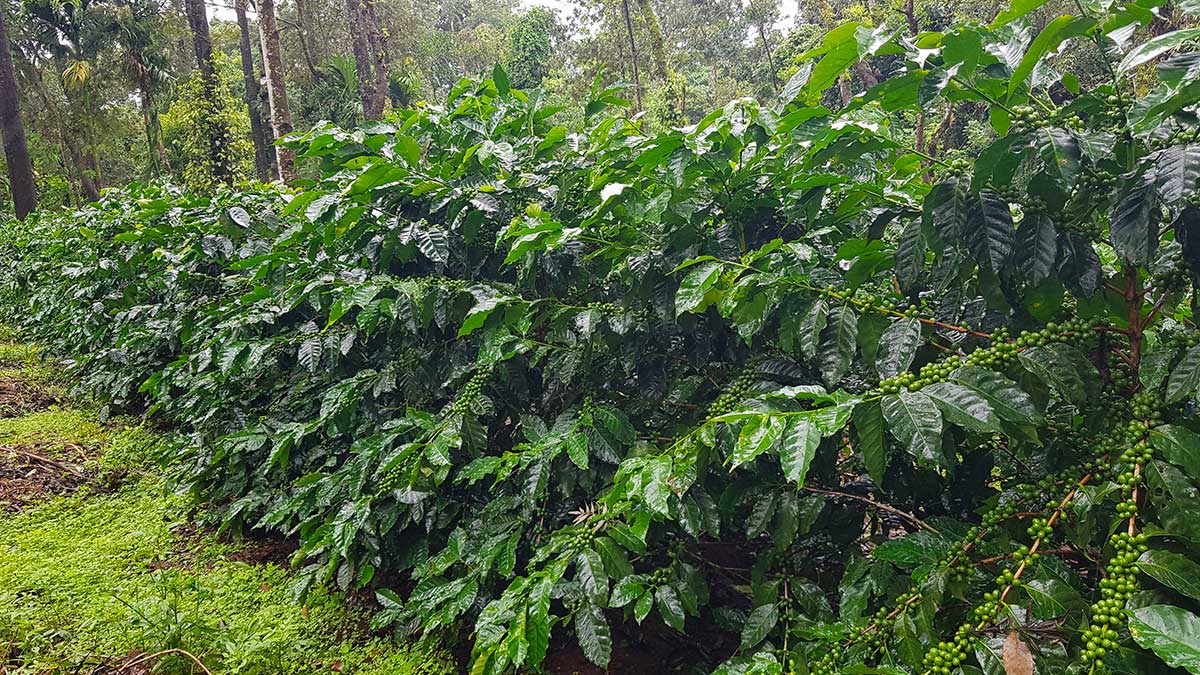 Since then, coffee growth has developed so much, it  transformed India into the sixth highest coffee producing country in the world (40% Arabica, 60% Robusta) and the homeland of unique coffees which due to their low acidity and good body are perfect for espresso.

The origins of Indian coffee history, from Arabica to Robusta

Baba Budan apparently brought seven Arabica beans back to India, (reconstructing the legend on a genetic level, it should have been of the typica variety) and for more than a century this remained the main variety grown in South India , especially in the states of Kerala, Tamil Nadu and the most known, Karnataka region – where the Baba Budangiri hill still bears his name.

At the beginning of the 1900s, after some parasite epidemics (the famous “rust” which is still one of the greatest issues the world of coffee has to deal with) almost completely eliminated all the coffee plantations.

Before the epidemic, Sri Lanka was the second coffee producing country in the world, whereas today, coffee production in this country has almost completely stopped existing, after the rust of the beginning of the century. 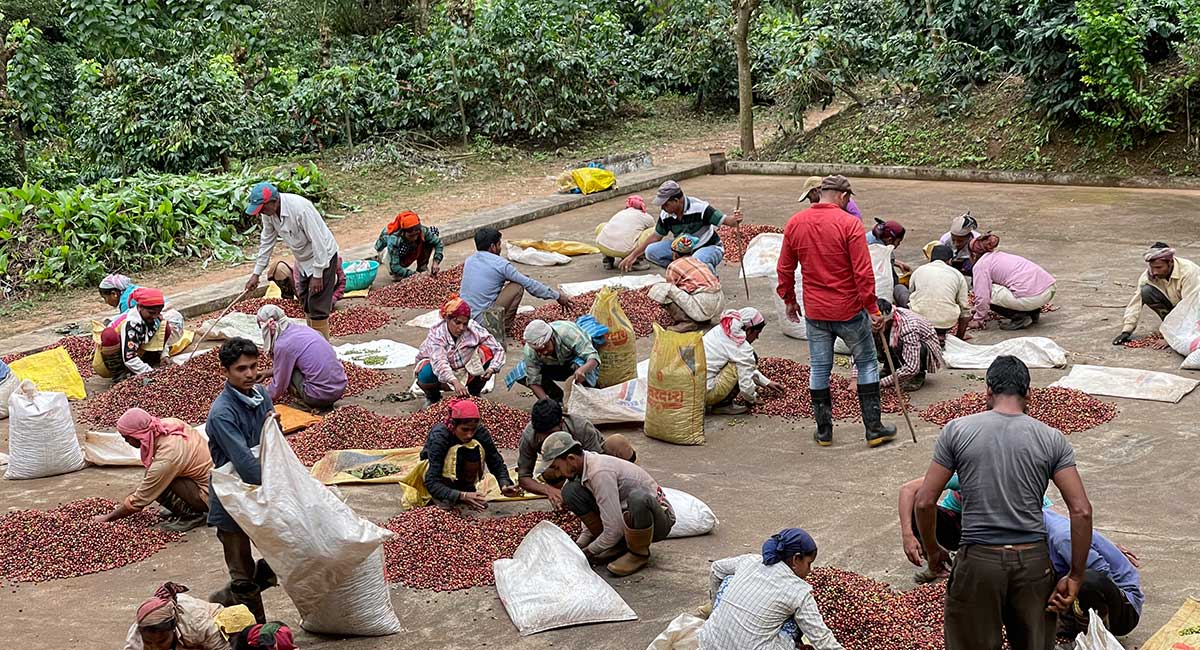 Since then research has developed a lot, also thanks to great investments by the Indian government. Today in India, research and development are being carried out by testing the tolerance of plants against the main parasites and on the standardization of a technology that improves the production and quality of coffee.

All this without giving up the real added values ​​of the country: the special climatic conditions, which, as we’ll see, can transform Indian coffee into something unique in the world together with the fertility of the jungle soil.

We can see the jungle behind Shamvell Nizam, during his “Meet the coffee farmer” interview. Shamvell’s family has run the Sandalkad plantation in Coorg (Karnataka) for generations. In this natural paradise populated by elephants, coffee has been grown for two centuries along with pepper, vanilla and avocado plants (Sarchimour, S .795).

However, anyone who thinks that India is an immutable country will have to change their mind. In fact, Shamvell tells us about the continuous experimentation of his plantation and how the attention of Indians for coffee is increasing every year. A phenomenon so clear, it encouraged him to open a chain of shops with the coffee grown in his plantations. 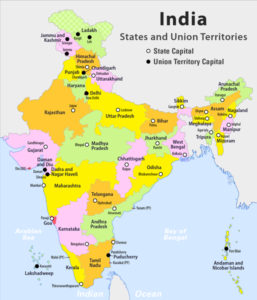 Both Arabica and Robusta are grown in India and in both cases the results are excellent. After three hundred years, the state of Karnataka is still at the center of Indian coffee production. In fact, it is here that half of the entire national production and 70% of Robusta coffees are  grown and recognized among the best in the world.

Except for Tamil Nadu (10% Arabica and Robusta) and some other small regions in the north, Kerala is the other great state of Indian coffee. In fact, 30% of all Indian coffee is grown along the coast of the Arabian Sea and the famous Monsooned Malabar. The monsoon coffee, is processed by exposing coffee beans to the winds of the monsoons. A process that gives the beans a characteristic spicy note. This method was born by chance in the 19th century and is nowaday still used thanks to a particular technique.

Finally, India owes the country’s most famous and cultivated typical varieties to the first English coffee growers.
One of the first varieties of Arabica was in fact selected at the beginning of the 20th century by an English farmer. Kent was his name, same as the coffee variety, today grown only in a few areas, but capable of providing crops of exceptional quality.

The most grown variety today in India is the S.795, a selection which derives from the Kent variety, with the same quality but more resistant to coffee parasites. Cavery or Catimor are also very popular, combining the quality of Caturra with the resistance of Hybrido-de-Timor. Hybrid is not a variety of Arabica but a real crossing between Arabica and Robusta, for this reason the basis of many experiments in India.

Last but not least, the Selection 9: a combination between the resistance of the hybrids with the superior quality of the Ethiopian variety “Tafarikela”.